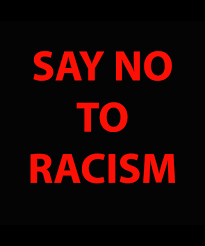 Racism has always existed its seems now it has been given a platform to show its ugly head!

It was never acceptable nor tolerable in the past, present nor the future. If you are plagued by this disease please seek out some professional counseling to address your issues. It could be a matter of life and death. You can do better we are counting on it!! Read more

How can the US recover after the negative, partisan presidential election of 2016? Social psychologist Jonathan Haidt studies the morals that form the basis of our political choices. In conversation with TED Curator Chris Anderson, he describes the patterns of thinking and historical causes that have led to such sharp divisions in America — and provides a vision for how the country might move forward.

Jonathan Haidt
Social psychologist
Jonathan Haidt studies how — and why — we evolved to be moral and political creatures. Full bio